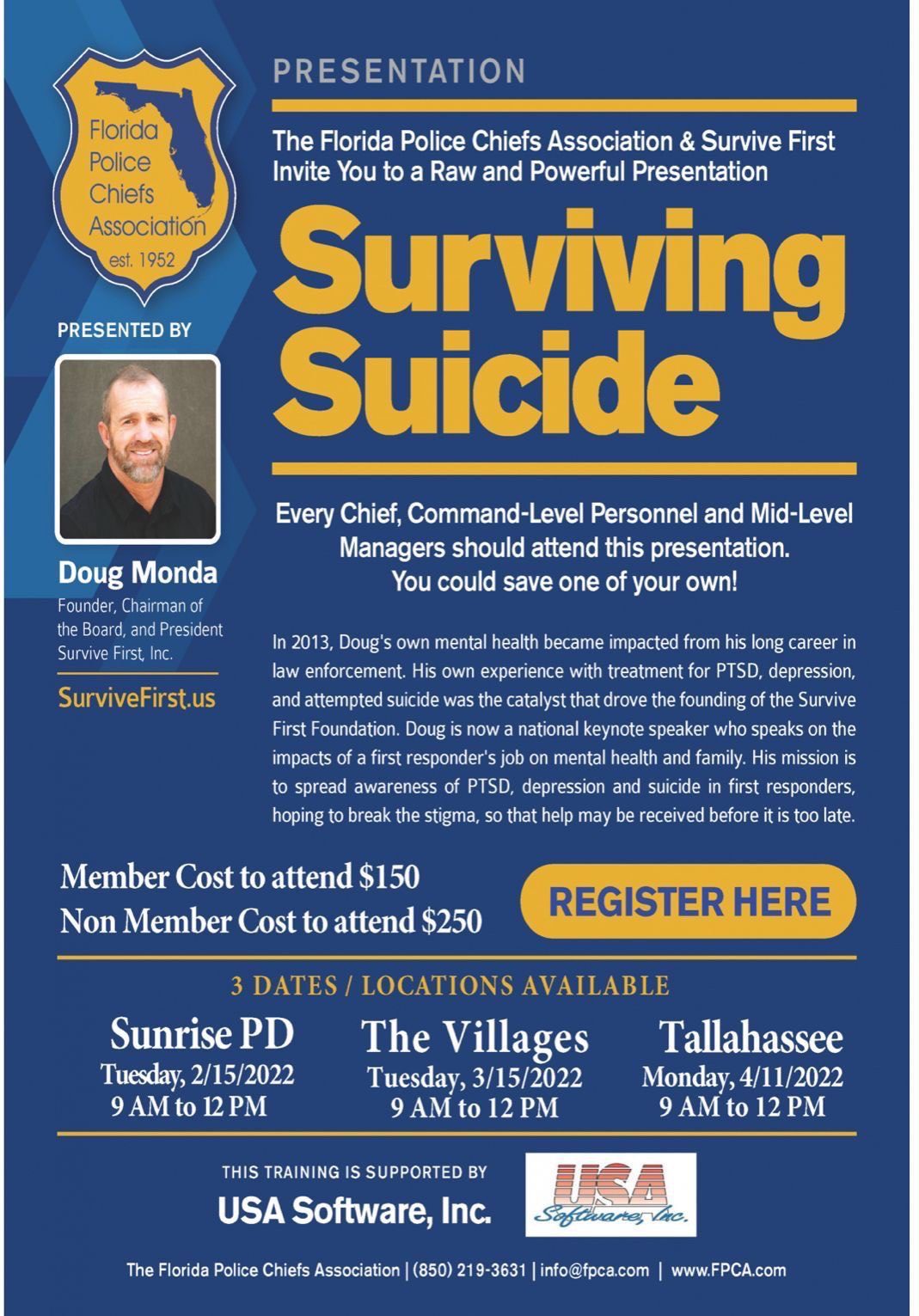 Surviving Suicide is a raw and in-depth walk-through of Agent Doug Monda’s career, including the factors that took him down a dangerous path. Doug was a SWAT Team leader, sniper, and drug agent in Florida. After years of suffering physical trauma and life changing injuries, Doug attempted suicide – not just once, but twice. The failures of the first event cascaded to a second attempt while on the job. Surviving Suicide highlights the real-life challenges and struggles that first responders experience, often silently with PTSD and depression. From start to finish, attendees will walk with Agent Monda through his experience – how it all began, the journey to recovery, and how a Police Chief and others took the proper steps that resulted in saving Doug’s life, a success story for the agency, and the formation of the Survive First Foundation.